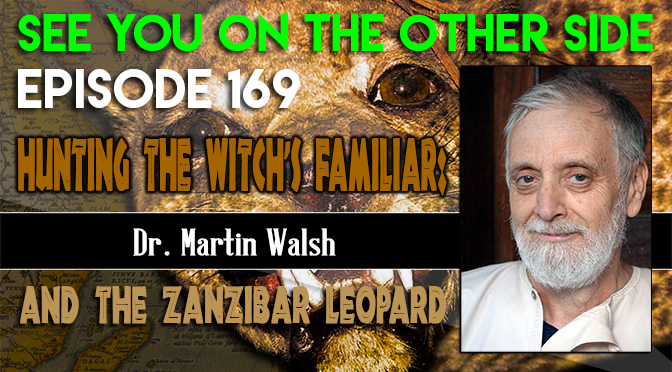 The last time we had Dr. Martin Walsh on we discussed his experiences in Zanzibar during the Popobawa panic in the mid-90s and we knew that there was more that we wanted to talk to him about. Not only is Dr. Walsh an anthropologist who has studied social phenomena for decades, he’s also one of the leaders of the search for the Zanzibar Leopard, a unique species of big cat thought to be possibly extinct.

Zanzibar is an island off the coast of Tanzania and because of that separation, it’s thought that the leopard native to the island developed in isolation for thousands of years. It became smaller than mainland leopards as well as literally “changing its spots”,  but it also was a victim of local folklore and that has contributed to its disappearance.

As Dr. Walsh wrote with his partner in the quest for the leopard, Dr. Helle Goldman in their work, “Killing the king: the demonization and extermination of the Zanzibar leopard“, while there has always been friction between humans and leopards (with documented attacks on livestock and even children) a legend that the leopards belonged to witches made the beasts a feared animal much of the time.

But that ended after the 1964 Zanzibar Revolution. A witch-hunter named Kitanzi led a movement to eliminate these witches from the island, and slaughtering the leopards was one way of getting that done. This extermination continued all the way to the 1990s and by that point a researcher hadn’t documented a wild Zanzibar leopard sighting since the 80s. In rural areas of the island though, reports of the leopard still turn up and that’s where our heroes have to look.

Walsh and Goldman are following the case of the Zanzibar leopard like a Bigfoot hunter or a Nessie aficionado, they’re cryptozoological investigators who are hunting a mysterious animal and trying to find any evidence of its continued existence. That’s what this interview is all about and if you’re interested in cryptozoology or African culture,  there is a lot for you to enjoy in this episode.

In fact, in this interview, Martin talks about how sometimes people claim to have the leopards and they’ll contact Tanzanian wildlife officials saying they’ve captured one. One time they even said that they had leopard cubs in captivity, but when the proof was required, all they really seemed to be were a couple of (admittedly very cute) kittens. 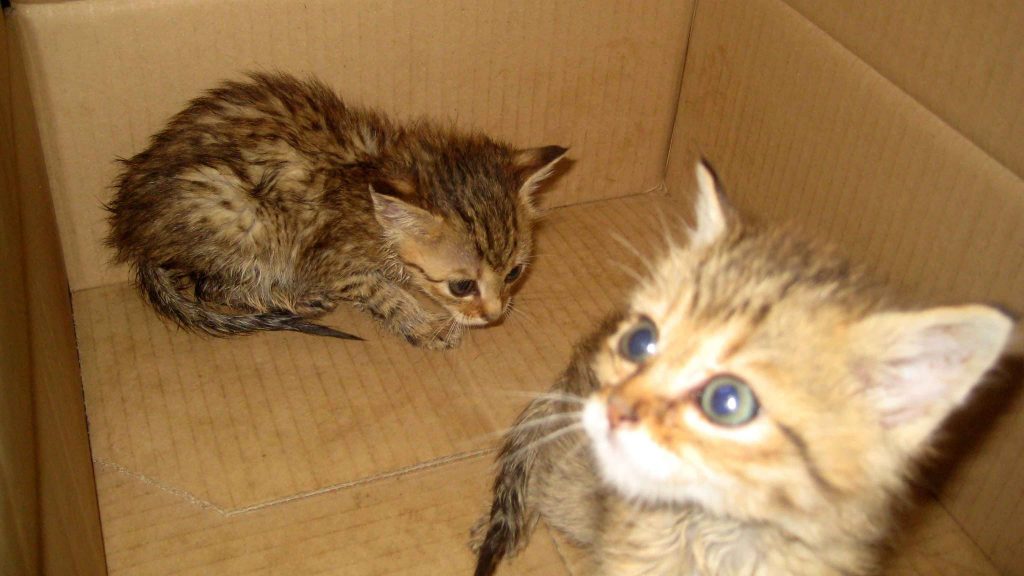 If you’re academically inclined (and even if you’re not, it’s a fascinating read), please check out  Drs. Walsh and Goldman’s papers on “Cryptids and credulity: the Zanzibar leopard and other imaginary beings” and “Chasing imaginary leopards: science, witchcraft and the politics of conservation in Zanzibar“. We encourage you to check out their blog as well, it’s an awesome resource in learning how to hunt cryptids scientifically!

Now, not that this obsession consumed Martin (that we know of!) because the Zanzibar Leopard was killed off by superstition and political unrest, but the song this week inspired by the conversation is a little more about the Captain Ahab-esque hole that you can dig yourself into when your interest becomes an obsession, this is a new Sunspot track called “Chasing Devils”.

You wanted action
You made it hot,
But the more you got the more you needed and the more that you got lost.
The taste of danger
the sweet of risk
When you’re busy chasing devils you’re too high to know you’re sick

And, hey, we’ve got a double dose of art this week, Allison from Milwaukee Ghosts was so inspired by the conversation that she wrote a poem, check it out!

The leopard in the dark,
Was it ever really there?
Eyes dilate to welcome the night,
Body bristling,
Holding your breath,
Shuddering,
As it passes beside you,
Close enough to brush your skin.
That is certain.
Isn’t it?
Some sensation fanned out within,
Tasting it,
Feeling the heat,
Fingers of energy,
Reaching out and scalding,
Wheels of light,
Spiralling deep inside,
Spinning,
Dizzying,
Then nothing.
Conspicuously alone,
Again.
Left wondering,
What remains,
When the sacred night crumbles?