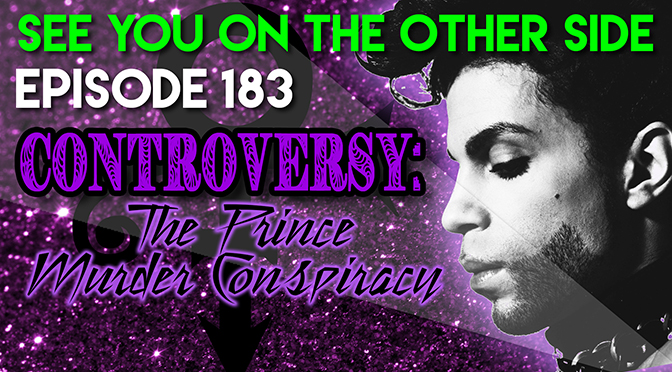 Prince is one of the least divisive musicians out there, everyone likes at least one Prince song. His mastery of multiple instruments made it so that he could write songs in almost any genre, moving from a Rock guitar jam to a sexy R&B bump and grind to a Pop piano ballad effortlessly. His death in April of 2016 really hit home not just for people like me who grew up with his music, but multiple generations of fans. After his passing was ruled an overdose,  But for fans of conspiracy theories and the dreaded Illuminati, the idea that The Purple One was just another tragic victim of the opioid epidemic was too much.

First off, his last Instagram post is a picture along with the text  “JUST WHEN U THOUGHT U WERE SAFE…”

People took that as some kind of warning and it is kind of an eerie thing to say right before you died. Some people think that was a message that he knew he was going to be murdered.

In the 1990s, Prince took on the record companies and even legally changed to an unpronounceable symbol to try and get out of his contract with Warner Brothers. He even appeared at a press conference with the word “slave” written on his face.

And Prince wasn’t afraid of a little conspiracy himself. On Tavis Smiley’s PBS show in 2009, Prince mentions that he saw a Dick Gregory speech and was so inspired by Gregory’s discussion of chemtrails and conspiracies, he wrote a song about it.

“Dreamer” off his album LOTUSFLOW3R talks of chemtrails in the sky and how everyone in the neighborhood is fighting soon after. The idea behind chemtrails is that there are chemicals in the jetstream behind aircraft and those chemicals are either 1. controlling the weather or 2. acting as destructive mind control agents to influence behavior.

Why would someone do this? Well, the modern prevailing conspiracy theory is population control. A smaller group of humans that is kept in check by fighting with each other instead of the prevailing power structures is easier to manage by the elite that rule the world.

So, was Prince murdered for his beliefs? Well, you’re going to have to listen to the episode for our opinion on the subject! But at the end, we treat you to an acoustic Sunspot cover of the Prince classic, “Delirious”!