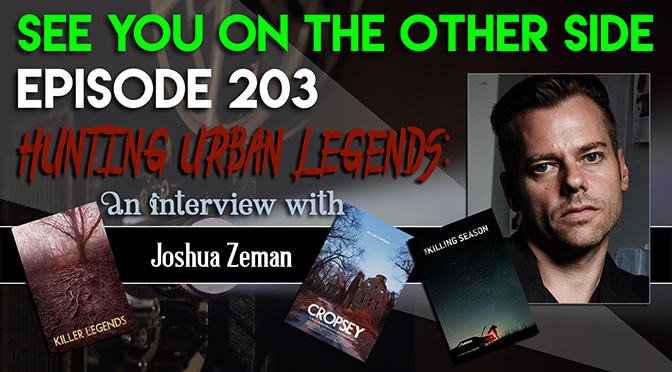 When you’re growing up, the world outside your home is a scary place. It’s full of drug addicts, gang members, child molesters, and serial killers. There’s a sicko with a cargo van hanging around outside your school. There’s a psycho with hook for a hand who preys on young lovers. There’s a weirdo who gets off on sneaking needles into your Halloween candy for a real Trick or Treat surprise.

Urban legends are lessons hidden in horror stories. They’re just “stranger danger” in narrative form. As a powerless child against the wicked world, you need to be warned about not getting into unknown vans, about being careful who you accept gifts from, and about not getting it on at Make-Out Point. These tales of the poor souls who didn’t heed these warnings make for a memorable reminder of what can happen when you stray too far from the path.

Growing up pre-Internet, there was no Snopes.com to check out the veracity of these stories. You could go to the library and meander through thousands of newspaper microfilms and microfiches (do they even teach kids how to use microfiche anymore?) to find out, but nobody was going to do that. You kind of just filed it in the back of your mind as a story meant to keep you from getting into trouble and it usually only entered your mind when you were wandering around in the woods or were rummaging through your Halloween candy.

I always knew that most urban legends contained a kernel of truth because my mother was a horror story specialist. Her cautionary tales about child murderers and bus stop rapists were ripped right from the headlines that her sharp memory wouldn’t let her forget. She could recall details from a newspaper article from a dozen years previous, especially if it was gruesome. When I was told a scary story as a warning, I knew that it wasn’t just a myth, there was something to it. And we lived near Milwaukee, so those serial killer legends weren’t just a rumor, we had Jeffrey Dahmer himself.

Joshua Zeman grew up in New York City’s Staten Island with the legend of “Cropsey”. Cropsey was a deranged mental patient who escaped the Willowbrook mental institution (the largest asylum in the United States at the time and notorious for its foul living conditions) and lived somewhere in the woods on the 375-acre facility. When a kid disappeared in Staten Island, it was Cropsey who was blamed for sneaking out of the forest and abducting the child. The tall tale even inspired two 80s slasher films, The Burning and Madman.

In the late 2000s, long fascinated with horror stories, he decided to make a documentary film about the legend of Cropsey. While doing so, he discovered the kernel of truth that birthed the legend and got rave reviews from Roger Ebert to The New York Times doing so. Cropsey‘s success led him to partner up with filmmaker Rachel Mills  on another film about exploring popular urban myths called Killer Legends where they tackle the murderer with the hook for a hand, poison Halloween candy, why clowns are scary, and the babysitter nightmare where “the call is coming from inside the house!”

I first saw Cropsey on Hulu a couple years back and I was hooked and devoured Killer Legends immediately after. He and Rachel followed that up with the true crime documentary The Killing Season which was an A&E series on the hunt for the Long Island Serial Killer. Our friend Scott Markus from WhatsYourGhostStory.com knew Josh so he hooked us up and I got to talk to him about his storytelling and his movies as we dive into these topics:

The Killing Season – On AMAZON

The Killing Season – On A&E

The song this week is inspired by Josh’s films, a tune that could work as a spooky soundtrack about finding the truth behind urban myths

Every story’s the same

no matter where you go to

It’s just the names that have  changed

but they can’t hide the truth

when you’re out playing games

deadly eyes are watching you

it’s the hook for a hand

Brutal is this land

where the innocent die