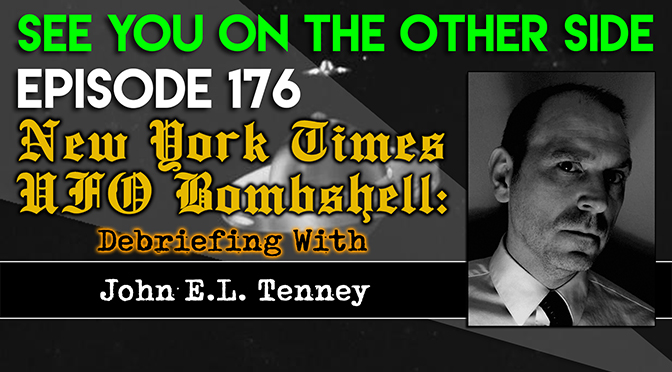 When the New York Times UFO story came out online on December 16th, it was the very definition of a bombshell in the paranormal community. When the “Paper of Record” decides to write about heretofore unknown government program out of the blue on a Saturday in December, several questions immediately spring to mind…

If you missed it, the New York Times UFO  story is about a now partly-declassified government program initiated in 2007 by Nevada senator Harry Reid. Much of the money went to the aerospace company of Robert Bigelow, a billionaire and friend of Reid who has been interested in UFOs for a long time. The funding was called “Black money” because it wasn’t debated the floor of the Senate, but with a meager budget appropriation of 22 million dollars and its security-sensitive nature, it was able to slip under the radar.

Featured in the article is Luis Elizondo, who worked for the Pentagon investigating these cases until he resigned in October of this year and joined Tom DeLonge’s To The Stars Academy. The story basically states that yes, pilots have seen craft flying that they cannot explain, some elements of the government believe that they are extraterrestrials, and there has been research into “mysterious alloys” that might be related to the UFO sightings.

Our guest this week, John E.L. Tenney is a supernatural shamus who has been studying paranormal phenomena for over thirty years. He is the host of the excellent Realm of the Weird podcast as well as a noted lecturer. We first met John in person at this year’s Michigan Paranormal Conference after being a fan of his podcast and writing.

John wrote an excellent blogpost with a very sober analysis of the New York Times UFO story and we knew we had to feature him on the show for an in-depth exploration of that same topic, so this episode Allison from Milwaukee Ghosts and I had a long and fun discussion with John focused on this story but also touching on ghosts, UFOs, and the cyclical nature of paranormal investigation.

For more on John Tenney, please visit his site at http://www.weirdlectures.com

Since our conversation with John, there’s been some more discussion of the story, with scientists chiming in on these “mysterious alloys” hinted at in the article. Scientific American has a decent clarification that any strange metal wouldn’t remain strange for long using modern but basic scientific methods and that we have a lot of experience with objects that have crashed to earth from space. The article states that the real research was into the physiological effects that people claimed happened to them after coming into contact with the objects. So the jury is still out on that one.

Well, since we’re talking about Blink-182 and Tom DeLonge, we thought it was a perfect opportunity to write a Blink-style 90s pop-punk track. We laughed about their music being mostly “Power Chords and Poop Jokes”, but that we enjoyed it anyway, and really we just couldn’t resist naming a song that!

They came in a dream
when I was thirteen
They said I was the chosen one.
To lead the human race
out of this lonely place
to meet spacemen beyond the sun

Only a Top Ten Hit
can expose the government.

Just because you’re famous,
You’re not an ignoramus
even if you are a bit uncouth
Have an X-Files fiesta
Hangout with John Podesta
and you can finally learn the truth