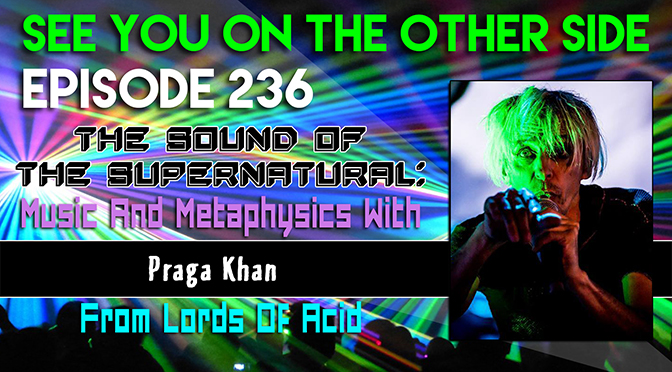 Music is universal across human culture. Doesn’t matter what language you speak or where you from, singing and dancing is an essential part of the human experience, just ask Kevin Bacon…

There was a video that made the rounds a few years ago that showed normally unresponsive Alzheimer’s Patients reacting to the music of their youth. And it underlines the point that songs can activate a part of our brain that conscious interaction cannot get to. Frank Zappa famously called “writing about music” like “dancing about architecture”, because you’re trying to describe something through reading and writing that can only be experienced through listening. We’ve talked about binaural beats before (and even created a Star Trek-inspired binaural beats song!), which are two frequencies played in each ear that are a different pitch by a certain number of Hertz, your mind processes that difference and according to an automatic process in our brains called “Frequency Following Response” will start producing brainwaves at that Hertz.

And these brainwaves are associated with different states of consciousness, such as meditation and deep sleep. So, science has shown that music provides a natural and automatic way to alter your consciousness. But we knew how to do this long before we had the technology to measure Hertz, we did it through rituals and dance.

When we talked with Dean Radin about his book, Real Magic, the real lesson that stuck is that magic actually can work, but that the ceremony is the most important part of it. Somehow, it’s the going through the motions that puts your mind into gnosis (A Greek word that means to literally “knowledge”), which is an altered state of consciousness that seems to be key in creating real changes in the brain, where psychic phenomena (“magic”) can happen.

That seems to be a modern explanation for something that Shamans have known for millennia. In fact, research has even been done into how altered states of consciousness can play a role in Native American healing and how they achieve those states is through music and dance.

We also talk about the tradition of the sweat lodges, a ritual meant to promote healing, where participants sit in a small hut that gets hotter and hotter while being led in sacred prayer and songs by tribal elders. There is also the jingle dress dance which is a sacred dance of healing that was popularized in the Twentieth Century by a girl who performed the dance to save her own life from the Spanish Flu epidemic of 1918… and it worked!

Interestingly enough, when it comes to rituals, you don’t even have to be the one performing the most extreme part to feel the most altered. Being there might be good enough. In fact, there was a study done about extreme rituals (where some of the participants were dancing and some others were temporarily piercing their bodies) and they found that the piercers didn’t necessarily achieve any greater altered state than the non-piercers. To the surprise of the researchers, every participant seemed to have been affected by the ritual in an equal way.

And when it comes to extreme rituals and altered states and dancing, the first thing we think about in the modern world is a rave. Hours of non-stop dancing, drugs, and crazy costumes, all add up to a recipe where people can enter this particular state.

Belgian electronic musician Praga Khan is probably best known for his outrageous techno and industrial act, Lords of Acid. With hits like “Pussy” and “I Must Increase My Bust”, them, they’re known for tongue-in-cheek sexually charged dance anthems.

As Praga says in the interview, when Lords of Acid come to a city it’s a chance for that town to let their freak flag fly. People get dressed up in fetish gear and come out to celebrate . We talked to him to preview his show in Milwaukee at the Miramar Theatre on March 7th, but we also wanted to discuss the album he made with Zak Bagans called NecroFusion, where Zak sent Praga EVPs and then the musician put beats behind them (even Bobby Mackey makes a guest vocal appearance!)

For this episode’s song, we wanted to make sure to capture some of the ridiculous oversexed raver energy that made the Lords of Acid so much fun in the first place. We thought we’d leave subtlety far far behind and just go ahead and say what they didn’t on the NecroFusion album, I want some “Ghost Sex”!

Get down with a phantasm
A face full of ectoplasm
Yeah I’m gonna do it with a specter tonight.
This apparition is a freakin
And you’ve got my K2 peakin’
A paranormal lover from the other side