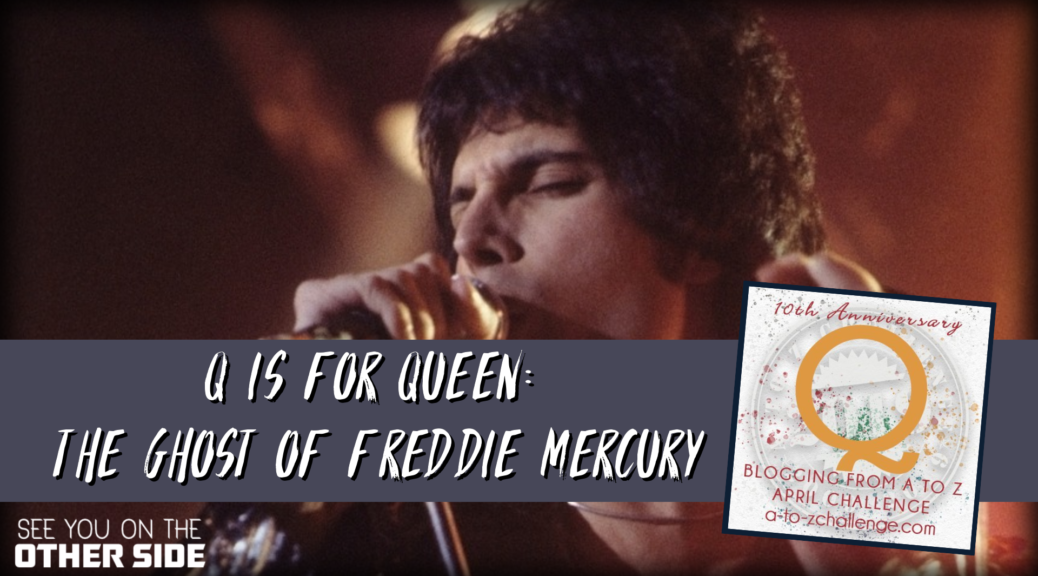 Queen is once again one of the hottest bands around, 28 years after their beloved singer died, thanks to the amazing popularity of the biopic of Freddie Mercury, Bohemian Rhapsody, as well as an Academy Award for Best Actor for the movie’s star, Rami Malek.

Even though Queen was already seemingly out of vogue by the time I started getting into music, the second tape I ever had was Queen’s Greatest Hits and at 13 years old, it blew my mind. Freddie passed away the November I was a freshman in high school and that brought attention back to the band enough where the deejay let me request “Bohemian Rhapsody” at our dances. Of course, we’d slow dance with our girlfriends to the mellow parts and then rock the f#$% out to the big riff when it came in. When Wayne’s World came out only a few months later and the everybody was headbanging in the car, it felt like it was a window into my teenage experience. That’s when I realized how universal the appeal of Queen really was.

“Bohemian Rhapsody” was always too hard to cover, so we just stuck with the easy ones, like “We Will Rock You” and “Crazy Little Thing Called Love”, but they always had a place in my playlist. And still do, here’s a picture of Wendy and Scott from What’s Your Ghost Story at SXSW 2019 where we were partying to a Queen tribute band at the Good Omens launch party. The bald guy is the singer and he was an incredible performer. That dude had balls and we all knew it, because we could see them outlined in his full unitard!

That singer was fearless, and that’s what Freddie could inspire you to be, because as a frontman and a songwriter, he was as bold and audacious as they come. He made the line “I want to ride my bicycle” sound badass, he makes tough guys sing along to “Aw, you’re my best friend” and still think it’s cool! He could bounce from jazz to hard rock to opera in a song and it all felt natural. Not only was he an incredible guiding light for me but for millions around the world, and you can tell how deep is effect was, because people have been seeing his ghost now for decades.

Just in March of 2019, a listener to 97x, a Classic Rock station in the Quad Cities claimed that he captured a picture of Freddie Mercury’s ghost high above the stage at a Queen tribute concert in Moline, Illinois. Now it’s obviously just the way the lights are interacting with the fog machine and it looks like one of those images where people see Jesus with the sun peeking through the clouds, but it’s still pretty fun once you see it.

Someone posted in the Unexplained Mysteries discussion forum that Freddie visited them while they were listening to “Bohemian Rhapsody”, the best part is how he describes what the singer was wearing.

I was listening to “Bohemian Rhapsody” by Queen last night and the visage of Freddy Mercury coalesced into cohesion right there in my living room!

he was wearing these snappy red leather chaps and and knee high motorcycle boots!

I said “Freddy what are you doing in my living room?” and he just snapped both fingers and vanished before my eyes!

Now the next line he asks, “Am I schizophrenic?” so it’s probably just a silly troll post, but this was a long time before Bohemian Rhapsody came out as a movie. However, they’ve never stopped playing Queen songs on Classic Rock radio, so those songs are never too far from our imagination.

Freddie also visited Jennifer Bennett, a California girl raised in the 70s, she woke up a couple of days after the 22nd anniversary of his death with the lyrics of “Bohemian Rhapsody” stuck in her head, and what she says was his energy. She says:

Freddie and I have never been particularly close so his presence was curious.  I was a bit embarrassed to to have felt visited by him, or at least visited by the energy that he embodies.  Freddie Mercury – bold, brazen, impressive, self assured, diva.  It felt as if I have something to learn from him.  And, of course, to hear Bohemian Rhapsody as if it was plugged directly into my brain…  Jeez.  The power ballad that puts all others power ballads to shame.  Yet, it was only the first 3 lines I heard this morning, over and over.

“The Ghost of Freddie Mercury“, Frame A Mind blog

She talks about how she admired him for his brash fearlessness and how she felt emboldened by his energy. Was it Freddie flitting in and out of her dreams, coming to her with a message that she needed to hear?

But while Mr. Fahrenheit might have visited Jennifer Bennett once in the morning, his ghost spent much more time with Christine Burgess. The Decemeber 15th, 1996 News Of The World (a tabloid newspaper that Queen named an album after!) features a story about how Christine said she started an affair with the ghost of Freddie Mercury shortly after his death.

Christine’s husband was said to be frustrated that Christine kept comparing him to Freddy, who he called “Mr. Perfect”. But poor Stuart also insisted that his wife was “mentally unstable” and that seemed to be proven true, because Christine would show up at the home of Mary Austin, Freddie’s sometime lover and longtime companion. Burgess said that she deserved to move into the home, which was left to Austin by Mercury, because “she and Freddie were lovers in a former life.” It wasn’t just Mary, but she hounded Queen guitarist, Brian May, as well as Freddie’s friends. And she wouldn’t be deterred, the article ends with her still claiming:

“These people are frightened because Freddie is with ME.”

And speaking of Brian May, he even mentioned in a 2014 interview with British tabloid, The Daily Star.

I feel him around a lot. I don’t want to be too mystical about it but he is very much a part of what we do.

Brian May about Freddie Mercury

This was right when Brian was producing an animated special called One Night In Hell based on some art he has collecting, but more interestingly they were a about to release three new Freddie Mercury songs that they had found in the archives on a record called Queen Forever. So, obviously he was thinking a lot about his departed friend and hearing his voice in the studio might have brought back some of those familiar feelings. Who knows, maybe Freddie was with them, just like he visited Jennifer a few years earlier.

The most recent story about the ghost of Freddie Mercury comes right from the set of Bohemian Rhapsody, where a source told the online site Dish Nation, that:

There has been feeling from Rami and Brian along with the film’s director Bryan Singer that​ ​Freddie is watching them prepare for filming. Rami believes Freddie’s presence is very much on-set and with him wherever he goes, including when he’s at home practicing singing Queen songs… Rami has ​been dreaming​ of Freddie telling him about how he performed on stage, showing him his moves and how it is to be a rock star.

Anonymous source from the set of Bohemian Rhapsody

But speaking of director Bryan Singer, he has himself been embroiled in controversy over sexual allegations of seducing underage boys. And it certainly doesn’t help that in many people’s minds he’s associated with Kevin Spacey, since Singer was the one who really launched the disgraced actor’s career by directing him to a Best Supporting Actor Oscar in The Usual Suspects. When Malek was nominated for the Academy Award, he was immediately interviewed for the Los Angeles Times, and when pressed about the allegations against Singer, he brings up Freddie’s ghost again.

I didn’t know much about Bryan. I think that the allegations and things were, believe it or not, honestly something I was not aware of, and that is what it is. Who knows what happens with that … but I think somehow we found a way to persevere through everything that was thrown our way.

Perhaps that was Freddie himself doing it, because we wanted to make a product that was worthy of him. Who knows?

So, while Freddie’s physical body has been gone almost three decades now, it looks like his spirit isn’t going anywhere. Whether or not it was actually his consciousness visiting Brian May and Rami Malek or it was just his personality was so larger than life that it’s easy to mentally create the energy in our own heads, it doesn’t really matter.

After all, who wants to live forever anyway?