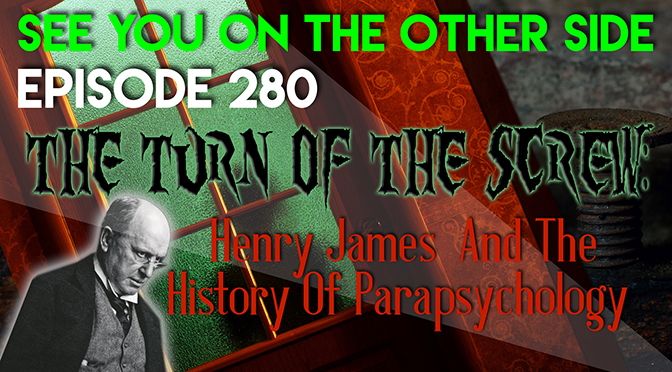 The latest adaptation of Henry James’ classic 1898 ghost story The Turn Of The Screw is called The Turning starring red hot teenage actor Finn Wolfhard but it’s not the only adaptation being released this year. Mike Flanagan’s sequel to his Netflix smash The Haunting of Hill House is going to be called The Haunting of Bly House and will rework James’ novella into a modern story as well.

One-hundred and twenty years after the initial publication why does James’ work still resonate? After all, in our current society, we’re about as far removed from the Victorian age as you can be. We laugh when we think of their “uptight” sexuality, their treatment of women as the “fairer sex”, and of course, the superior attitude that came along with “the empire on which the sun never sets“.

The Turn Of The Screw is a story about a governess who is hired to take care of a girl and boy whose uncle is a busy gentleman that can’t be bothered with raising them himself. While originally enjoying the job, the governess starts seeing ghosts surrounding the children and her thoughts are eventually consumed by the spirits which raises tensions to an untenable level in the house. Part of the story that makes it the most interesting is that no one else ever sees the ghosts besides the governess, so is it real or is it all in her imagination?

Now, Henry James’ inspiration for The Turn Of The Screw came from a supposedly true story he was told Archbishop of Canterbury, whose wife was involved with the Society for Psychical Research. And James’ equally famous brother, William, was also a member of that English organization and returned to the United States to form the American branch.

So Henry James was interested in ghost stories from a narrative standpoint while his brother was investigating them from a scientific standpoint! How might the reality of research into spirit communication have leaked over into the fiction?

We discuss the real-life paranormal influences behind The Turn Of The Screw as well as William and Henry James’ views on the paranormal and its effect on the world of parapsychology. Some of the topics include:

For this week’s song, we expound upon one of the themes from The Turn Of The Screw. One of the first lines introducing the character of the governess mentions that she’s in love, but that she’d only seen her love twice. That’s because it was the uncle that hired her to take care of the kids and she was constantly thinking of ways to prove her worth to him, because he was a gentleman and she was a commoner. The overwhelming desire to be worthy of your heart’s desire is the inspiration behind the song for this episode, “Mine Without a Holiday.”

Tell me nothing of your life,
I painted you as an angel,
These lines, these curves don’t do you justice,
But if it’s all the same to you, I’ll draw them just as well.

Tell me nothing of yourself,
I sculpted you as a goddess,
This lifeless clay don’t hold a candle to your visage,
But if it’s all the same to you, I’ll shape it in your image

I can’t believe that you’re not fiction
I can’t believe you’re made for me to hold.
I will accept that you are mine without a holiday
But not that I should be so bold.

I will accept that you are mine without a holiday.
But not that I deserve as much.