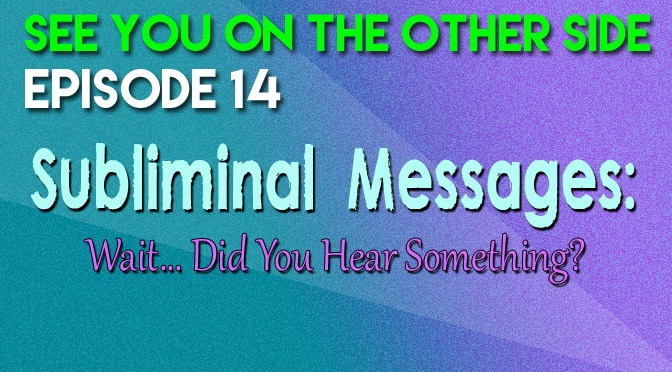 Wendy returns from vacation to join Mike in a discussion about subliminal messages in television, movies, and music.

A way of delivering information to a person without the need to be persuasive or convincing, subliminal messages bypass the logical decision-making part of the brain and go directly to the subconscious mind. This can be done by playing a sub-audible recording, or through the use of a technique called back-masking where the message is played backwards.
Numerous examples of subliminal messaging in pop culture:
Scientific studies from the 1950s showed that subliminal messaging in movies did not work. However, newer studies within the past decade have shown that we can be influenced by things we cannot perceive. You can decide for yourself by listening to our song below…