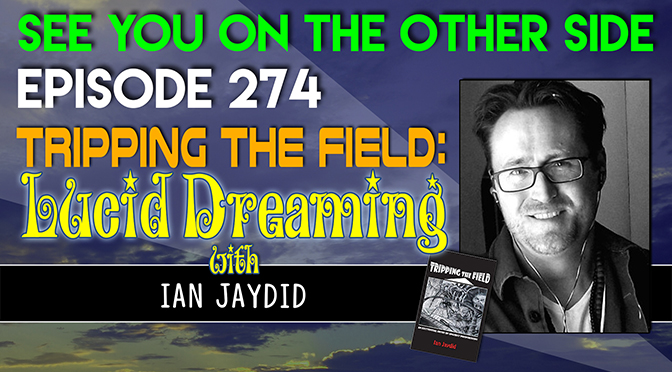 I used to be terrified of going to sleep. Everyone has a nightmare once in awhile, but starting when I was six years old, I’d have them almost every night. I couldn’t just fall asleep, I’d read until the book would fall out of my hands and my eyes closed involuntarily.

I would dread if my parents went to bed before I fell asleep because that would just make things more terrifying, I’d be facing entering the dream world alone. And my dream world hated me. It would find ways to torture me every night with monsters chasing me, child killers cutting me up, or zombies chewing my body parts. After awhile, I just expected it, I felt like the teenagers in A Nightmare On Elm Street, desperate not to fall asleep, because I knew who was waiting for me there, even though I wouldn’t see that movie myself until I was much older.

It wasn’t something that I talked about much because I didn’t expect other kids to understand it. Everyone has bad dreams, but not everyone has them every night. I didn’t want to seem weird or crazy, so I kept it to myself most of the time. And when I had a chance, like when I was at the library, I would look for books on how to control your dreams. I knew there had to be a way.

We discussed this all the way back in our second episode, “Lucid Dreaming: A Beginner’s Guide for Psychonauts” about how I became obssessed with finding ways to escape my nightmares. “Lucid dreaming” means that you know you’re in the dream world and therefore you know that the things you’re seeing in your brain cannot hurt you. I eventually found a way to manage my nightmares through lucidity, but it took several years to get there. It was never as dramatic as the Dream Warriors for me, but it really wasn’t that far off, at least in the dream world.

We spend one-third of our lives unconscious. That’s a long time to be inside a world where everything is trying to kill you. And as I learned, you can’t escape sleep. Once a day, our minds need to be rebooted to function properly and that means that a major portion of our already too short existences are spent doing nothing. Most of the time, dreams don’t make sense, they don’t seem to mean anything. It’s just random synapses firing off little stories in your head.

Sometimes those stories are wonderful, and sometimes, like in my case, they’re horrific. But what if you could control those stories? What if you could do something useful with the hours you’re not awake? Wouldn’t that be awesome? And what if, sometimes in the dream world, you can leave your body behind?

Author, artist, and psychonaut, Ian Jaydid, had his first lucid dream when he was nineteen years old. Then, involuntarily, he started having those dreams every night. While he was always interested in the paranormal world, the experiences that he would have in his dreams would change how he fundamentally views existence.

He calls it “The Narrative”. In the real world, we all share certain beliefs about what is true and what is physically possible. You can’t walk through walls, you can’t fly, etc… In the dream world, “The Narrative” can be completely different. You might be able to talk to cats, you might be able to jump 10 feet high, people who you thought were dead are alive, etc… The rules are different. What’s possible is completely different.

In fact, one of the first things that regular lucid dreamers suggest to do is to try flying in your dreams. We’ve probably all done it involuntarily in a dream at some point, but when you do it purposefully it’s even more amazing. (Some people theorize that witches and broomsticks even come from them using hallucinogenics to simulate the fyling experience!) But we can’ t fly in real life, we don’t have ET helping us out with his psychic powers. It’s impossible. But that’s the kind of thing you can do in your dreams. You can transcend our physical limitations inside a lucid dream.

Ian was lucid dreaming so much that he started testing the limits of what he could experience. He started visiting his friends in his dreams and found out the things that he was seeing weren’t necessarily just in his dreams. His dream encounters changed his “Narrative” and altered what he believed to be possible.

His first book, Tripping the Field: An Existential Crisis of Ungodly Proportions (click here to check it out), is a fiction novel, but it contains the philosophy of what he’s learned in his nocturnal explorations.

In this interview, we talk with Ian Jaydid about his experiences and what inspired his novel and cover these topics:

You can find more of Ian’s original artwork and writing at his website, ianjaydid.com

For the song this week, we were interested in how lucid dreaming can reframe what Ian Jaydid calls “The Narrative”. It’s like that old cliché, “Whether you think you can or you can’t, you’re right.” Anything is possible in your dreams, the physical limitations in our material universe don’t exist there, anything goes.

“In these fantasies, Henry Follett is played by a handsome guy with biceps. Can you imagine that? Where your self-esteem has to be? Man, I’d just like to move the guy to the point where he gets to appear in his own fantasies.”

He wasn’t even fantasizing about himself. His dreams weren’t his own. Sometimes your narrative is so ingrained that you’re not even the main character in it. That’s when you have to reframe it. That’s the idea behind this song, “Dreams Belong”.

The world is ugly
the world is mean
we’re drowning in cruelty
and there’s only one place I can hide
where I feel like I am free.