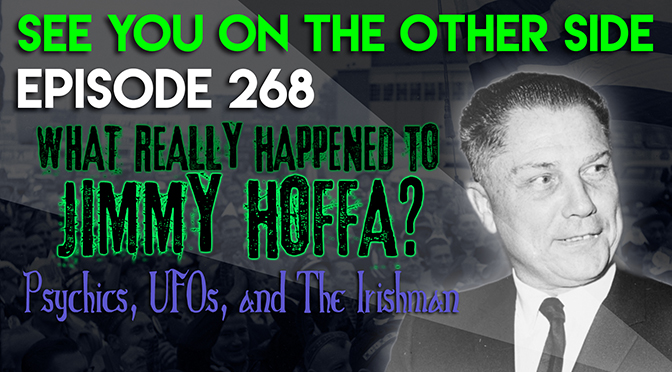 July 30th, 1975. Former Teamsters Union President James R. Hoffa is scheduled for a 2PM meeting at the Machus Red Fox Restaurant in Bloomfield Township, Michigan with reported Mafia members, Anthony Provenzano and Anthony Giacalone. At 2:15pm he calls his wife and expresses his annoyance that no one is there. At 3:27pm, he calls his friend Louis Linteau and says he was stood up. After that, no one hears from him again.

In a mystery that has never officially been solved by law enforcement and has been the basis of massive speculation as well as the source of a million late night comedy jokes over the years. Jimmy Hoffa, one of the most well-known figures of all time in organized labor politics, just vanished without a trace.

He wasn’t an angel. Hoffa had already been convicted of fraud and illegal wiretapping and had served several years in prison, and he several of his associates had admitted that they were in the mafia. In order to unify local trucking unions and rise to power, he had to cut deals with organized crime figures who were central to the running of the unions. He was the focus of Robert F. Kennedy’s corruption investigations in the early 1960s. Jimmy Hoffa was surrounded by criminals and eventually he angered the wrong people. But who did he anger and how did he disappear? That’s the mystery.

And the story is back in the news because it’s one of the central tales in Martin Scorcese’s new film, The Irishman, coming out this month. It’s based on the life of Frank Sheeran, a union leader, Hoffa associate, and a hit man for the Bufalino crime family. Sheeran claims to have killed Hoffa in his book, I Heard You Paint Houses (which was the code phrase people used to approach him to perform an assassination.) While that’s one theory of what happened to him, we delve into far-out ones in this episode. Some topics we cover:

This week’s track, inspired by the idea of vanishing without a trace is called “The Disappeared”.