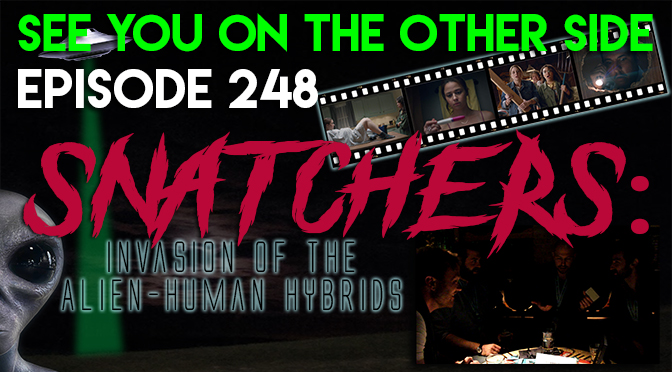 Humans didn’t come with an instruction manual. We have only a few natural instincts. Reproduction is one of the only things in the universe that we don’t have to convince ourselves to do, the desire is there constantly. And in human society, is nothing as sacred or sensitive as children. We are hardwired to think irrationally about them. We are evolved to protect them at almost any cost. The sound of a child in danger is a biological air raid siren. Ask any person what the most important thing in the world to them and if they have children, it’s them. If they don’t, it’s family. People that would say something different are considered sociopaths.

And that’s okay, by valuing familial bonds above everything else is how we survived when we weren’t as fast as the tiger or as strong as the bear. But while we consider our reproduction to be sacrosanct, we freely interfere with the reproduction of other animals. We purposefully breed horses with donkeys to create pack animals, we regularly inseminate cows with the strongest bulls we can find, we have been mixing seeds and crops with each other since the dawn of agriculture (GMOs are a lot older than you think.). It’s how we came to dominate the planet.

But our planet is all we dominate and it’s a big universe. And just like cows can’t stop us from pumping some strange bull’s semen into them, we would be powerless to stop aliens with superior technology from violating our reproductive systems. It’s terrifying and it plays against three of our biggest fears, the violation of our personal bodies, the desire to protect our children, and the realization that we are impotent against the greater power of the universe.

From Mr. Spock to Counselor Troi in Star Trek to Evie in Out Of This World, or even Peter Quill The StarLord in Guardians Of The Galaxy the idea of a half-human, half-alien has been popular in science fiction. (Indeed, they tried to even make Doctor Who half-human in the 1996 TV movie.) But while that’s all fun and games and leads to psychic powers or the ability to freeze time, in the real world, cases of alien-human hybrids are far more terrifying.

Just this year, Korean lecturer Dr Young-hae Chi, who teaches at Oxford’s Oriental Institute, said “The primary purpose of abduction is to produce hybrids – human-alien hybrids – and the second one is the primary purpose of the hybrid project to colonise the Earth.” He just released a book called Alien Visitations and the End of Humanity.

The idea that aliens might be abducting women to impregnate them, use their eggs to create alien-human hybrids, and then releasing the hybrids into the world to eventually prepare us for First Contact (after all, if the children are half-human and they’re already here, how can we not accept them?) or to seed the population for an eventual alien takeover (if they are already here, then they can infiltrate positions of power in government and influence in society) became popular in the 1990s through the writings of Dr. David M. Jacobs.

Jacobs (a Wisconsin Badger, class of 1973, his dissertation was even published as The UFO Controversy in America, so let’s go Red!) founded the International Center for Abduction Research after interviewing thousands of abductees and regressing them hypnotically to remember their abductions. They all tended to follow a similar pattern, particularly the women’s experiences.

Jacobs is a doctor of history not medicine or psychology. So is there an Experimenter Effect on these reports? Carl Sagan thought so, but Jacobs stands by his story. In this episode, we talk about some of the history of alien-human hybrid theories and just what these theoretical aliens might be after before we get to something a little more lighthearted for the second half.

Snatchers is a horror-comedy about a Sara, a high school girl who has sex for the first time and wakes up 24 hours later fully pregnant with an alien-baby. It was an official selection for the 2019 SXSW Film Festival and we interviewed the writers, Stephen Cedars, Benji Kleiman, and Scott Yacyshyn (collectively known as the Old Money Boyz) behind the idea. The interview was in a bar in Austin at the premiere party for the movie, so you’ll have to excuse us as we pass the microphone around and suck on some fine Texas beers, but it’s fun to hear about their influences in the creation of the show.

The high school vibes from Snatchers were flowing through us as we were working on this episode’s song so we were feeling pretty emo. Here’s the Sunspot track “Hybrid”.

It’s a violation
of our very race
they sneak into our lives in the dead of night
It’s a breeding program
designed to replace
So are we going to go without a fight?

Too late for the arrival
A matter of survival

Too late for the arrival
A matter of survival