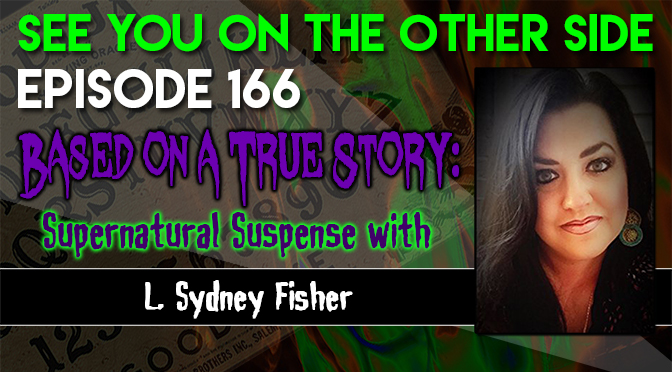 After being fascinated with writing and having paranormal experiences at an early age, supernatural suspense author L. Sydney Fisher decided to use people’s real stories of hauntings, possessions, and demonic activity as fodder for her fiction. Her Bradford Haunting series is inspired by a real murder in the 1970s and the strange events that followed in Tupelo, Mississippi, which some of them,  she witnessed herself.
Her paranormal investigations have led her to write the Haunted History series as well, focusing on more legendary sites around Northeastern Mississippi, so we discuss how she does her paranormal research and the process of how she turns people’s experiences into exciting fiction. Her latest book is The Devil’s Board. 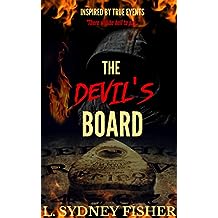 One of the things I like about Sydney’s work is that it’s inspired by true events as opposed to claiming its a documentation (ala The Amityville Horror). Fiction and narratives are meant to be exciting, and horror and suspense are meant to thrill you viscerally. Sometimes you have to go a little extreme with the story to make that happen, and real-life events aren’t usually that extreme.

When you’re researching paranormal claims, it’s really easy to want to exaggerate and make things more dramatic to excite your audience, or in many authors’ cases, to sell your book. When it’s fiction, it gives you that freedom to exaggerate what actually happened to heighten the drama and it gives readers like me (who are generally skeptical of big paranormal claims) permission to turn our BS detectors off and just enjoy the story. The fact that it started with real events, helps make it exciting without straining credulity, and I really appreciate that.

Since L. Sydney Fisher is out in “Elvis Country” and our
conversation about The King of Rock n’ Roll dominated the beginning of the conversation, we thought it’d be a perfect time to sing about the real conspiracy theory that Elvis faked his own death.  Here’s Sunspot with “The King’s Not Dead”!

Well the King’s not dead baby
You know the King ain’t dead.
He faked his OD on the potty
Flew to Brazil instead

I saw Elvis Presley
At the Burger King in Kalamazoo
He just wanted some peace and quiet
And a Double Whopper too.

Well the King’s not dead baby
Hell no the king ain’t dead
He was on borrowed time from organized crime
after Nixon made him a fed.

I saw Elvis Presley
He was an extra in Home Alone.
He’s wearing a sweet turtleneck
Under the beard he had grown

I saw Elvis Presley
Outside a store in Nashville
He was looking for his microphone
Cuz he’s got some time to kill.

I saw Elvis Presley
riding on a unicorn
Doing karate kicks with Bigfoot
And saying it’s alright mama, you don’t have to mourn.