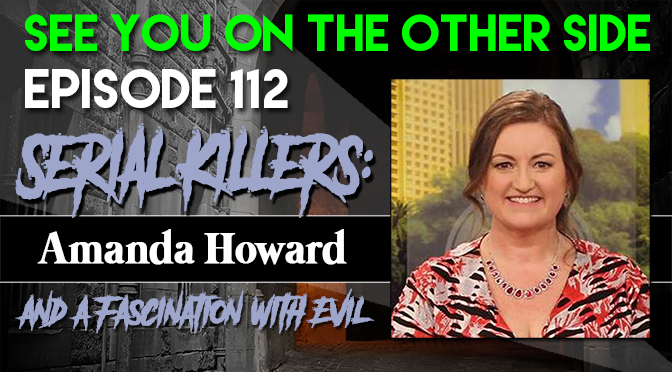 Remember the first time you saw The Silence of The Lambs? I do. I was fourteen years old and I went to go see the movie with my dad at the local budget theater in Milwaukee in June of 1991. I remember the day well because I’d  just picked up the latest issue of my favorite guitar magazine because I wanted to learn how to play “Bohemian Rhapsody”. But I also remember it because that movie blew my frickin’ mind. It was behind only Ghostbusters and Total Recall (and both films we discussed this summer on the podcast, funny enough) in my mind as what I thought were the greatest movies of all time.

But it wasn’t just me who loved it. Silence of the Lambs nabbed the Academy Award for Best Picture in 1991 in addition to Best Acting trophies for both Anthony Hopkins as Hannibal Lecter (Best Actor for merely sixteen minutes of screen time!) and Jodie Foster. It is a tour de force of suspense and the measure to which all other serial killer movies are based.

From Scream to Kiss The Girls, Se7en to Copycat (which was Sigourney Weaver taking on the very evil Harry Connick Jr.), it seemed like serial killers were everywhere. One of the most awkward moments in watching a film in Milwaukee as a young man was hearing Wesley Snipes psycho character in Demolition Man say “Jeffrey Dahmer? I love that guy!” Audiences on the coast might have laughed, but definitely not in Brewtown.

There was even a reaction to all these serial killers as villains with the switcheroo of them becoming the protagonist instead. While some works, like Bret Easton Ellis’ American Psycho are meant to be completely satirical, others like Dexter have the audience rooting for a vigilante murderer like he’s Batman. Indeed, they made a special action figure out of his “Dark Defender” alter ego.

But it wasn’t just a 90s thing, we’ve always been fascinated with serial killers, from H.H. Holmes (Chicago’s Devil In The White City) who was heavily covered in the Hearst newspapers of the 1890s to Uncle Charlie in the 1943 Alfred Hitchcock classic, Shadow of a Doubt. But it was back in the 90s, that an Australian writer by the name of Amanda Howard began compiling stories about serial killers on the web into a sort of online encyclopedia. Amanda’s fascination with these murderous personalities eventually led to a career as a successful true crime novelist where she goes in depth on the stories behind these psychos, from their motivations to the impact that it has on their often completely innocent families.

We were lucky that Amanda was willing to join us at 5am Sydney time for the interview to share her expert knowledge on the history of serial killers and provide an insight into the reasons that as a culture, for some reason, we just can’t get enough of serial killers. One of the most interesting cases that she shares with us is Fred and Rose West, a British couple who many in the US are unfamiliar with, and their grotesque story shocked me.

Amanda has been a pen pal of some of your favorite crazies, from Family Man Charles Manson to Night Stalker Richard Ramirez and her exhaustive research has given her a unique perspective into why these people fascinate us, and she even makes some paranormal connections as well!

More information about Amanda Howard and her books can be found at her website, amandahoward.com.au. If true crime isn’t your thing, she’s also written the Ritual series of fiction books about an investigator named Kate Reilly who probes serial killers in a city called Somerset, which if the books are any indication, is the most dangerous place in Australia!

For this week’s Sunspot song, we pulled out our track “Cannibal” from The Slingshot Effect. After all, on a week where we’re talking about serial killers and Silence of the Lambs, we just had to include our song that quotes one of Hannibal Lecter’s most famous lines.

You’re such a tease,
You always leave me wanting more,
And you could turn a guy like Gandhi into a carnivore.
Cuz you look like you’ve got great taste, you’re good enough to eat.
Maybe with a nice Chianti and some fava beans.

I’ve got a hunger that can’t be sated normally,
Here’s your invitation to my Donner Party…

I want you more than just inside of me,
And I’ll take that super-sized.
I want to be studied by Margaret Mead,
and I’ll bake you right into a pie,
This cannibal will eat you alive.

I’m into lust not into vengeance, I’m no Andronicus,
Carnality not hubris, I’m no Tantalus.
When I get turned on, I’m a barbarian,
My tastes decidedly non-vegetarian.

You always satisfy my craving that’s so big,
I get hungry for a hunk of the long pig.

I want you more than just inside of me,
And I’ll take that super-sized.
I want to be studied by Margaret Mead,
and I’ll bake you right into a pie,
This cannibal will eat you alive.

I’ve got a hunger that can’t be sated normally,
Here’s your invitation to my Donner Party…

One thought on “112 – Serial Killers: Amanda Howard and a Fascination With Evil”