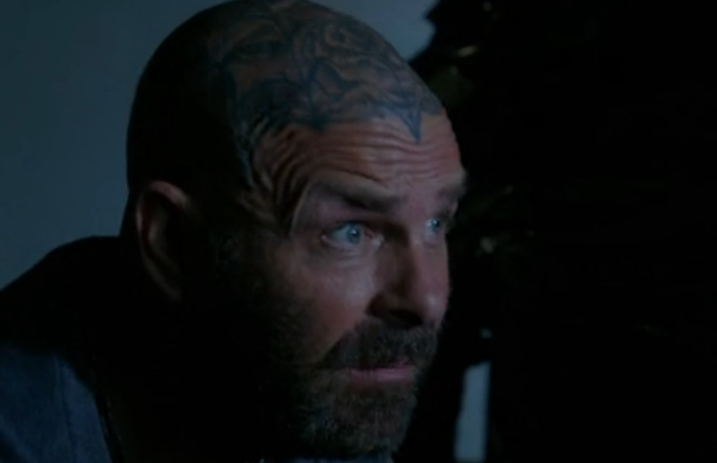 Okay, in the mix of paranormal and pop culture, here’s is one of the strangest casting choices that I’ve seen, Tim Armstrong from Rancid, was in The X-Files!

You can hardly understand the guy when he’s singing, I was surprised that he was able to get out all of his lines and didn’t need someone to dub his voice over like an old kung fu movie.

Sunspot, our band, still plays “Roots Radicals” by Rancid all the time. We learned it back in high school (before there was guitar tabs and lyrics all over the Internet) and before you could find the words on the …And Out Come The Wolves album, so that means I had to listen to that song a thousand times to try and figure out what he was saying. Basically, I just grunted and made words up that kind of sounded like the song until the chorus.

I thought Armstrong might really be into the paranormal too (after all, he was in a band with Travis Barker and some of that Blink–182 Tom DeLonge UFO weirdness might have infected him) but no, the writer Glen Morgan, is just a massive Rancid fan, and I can’t blame him for that. Wendy and I saw Rancid at Lollapalooza and they killed.

The promo said that he plays the character of Trashman, but if you’ve seen the episode, you know that’s not really true. Actually, Armstrong plays an artist who isn’t the Trashman, but creates a sculpture that his anger at the mistreatment of Philadelphia’s homeless population imbues the artwork with life and compels it to a killing spree. His acting is just fine, he needs to play a scared weird artist type that looks like they’ve been sleeping on the street. Tim Armstrong fits that bill just about perfectly. He even mentions Tulpas, the mystical Tibetan thought-form. The idea that a belief or idea held strongly enough can be brought to life.

Mulder quickly corrects him that the Tulpa was a mistranslation of a different Tibetan concept and that Tulpas never existed traditionally, but the idea of them was created in a book (during the whole Orientalism craze of the early Twentieth Century), With Mystics and Magicians in Tibet. And that was a revelation to me, The X-Files taught me something this week!

Before the reveal, I thought it was more like the Golem, which is an inanimate object brought to life to do his master’s bidding, but there was plenty of nice and gruesome killing and horror movie fun in this episode. You get to see several snobby rich jerks literally get ripped apart by a monster that rides around in a garbage truck. So, that’s nice.

However, just because that Tulpas aren’t really a traditional Tibetan idea, doesn’t mean that willing a creature into existence – the thought form – isn’t an idea that’s taken life in it’s own right. I talk a little about my experience with Tulpas in our Cryptozoology Round Table episode. And for a great movie about thought forms, check out Wes Craven’s New Nightmare…