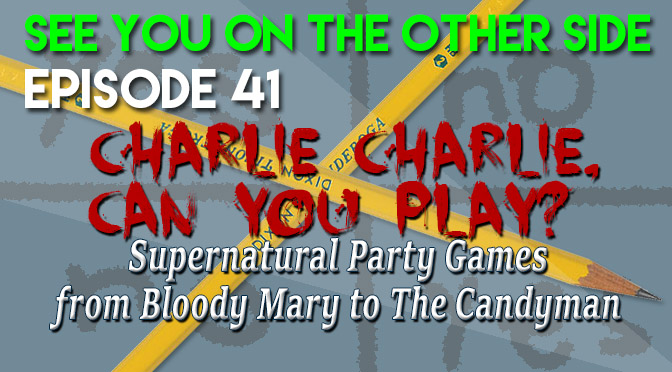 Taking the Internet by storm this week, it’s the “Charlie Charlie” game! Is it really summoning a Mexican demon? Ummmmmmm, probably not, but that doesn’t mean that it doesn’t have a fascinating origin and relationship to teenage supernatural party games. A little mix of the Ouija Board (which, don’t worry, will get its own show sometime soon!) to Bloody Mary, “the pencil game” started off as something relatively harmless and became a crazy sensation on the Internet over Memorial Day Weekend of 2015.

So, who do we have to thank for that? Well, it’s been a slow news week and Americans are going on vacation. That’s exactly when the media decides to indulge its weird side and talk about hashtags. So #charliecharliechallenge became a quick Vine video that a million teenagers could do this past weekend.

Here’s Mike asking the question, “Charlie Charlie, Can You Play?”

Mike and Wendy discuss the origins of the game and how it’s not really a Mexican demon (because why wouldn’t it be #carlitocarlito?) and how the original game is based on trying to talk to the sport of an abused child. But why do the pencils move? Well, that’s explained by the most powerful force in the universe (well, the second most powerful, we all know the most powerful is Hulkamania, brother.) So, that leads them into a discussion of the classic game, Bloody Mary!

Derived from an early twentieth century game where a girl walks up a darkened staircase backwards with a candle and a mirror and will supposedly see the face of her future husband, the legend of Bloody Mary (or Mary Worth) became a popular game in the 1960s and has been played at sleepovers and middle school parties ever since.

There’s a reason that the adolescent mind is fascinated with the paranormal and the conversation turns to science for a second as they discuss the developing mind and why these games are so popular for that age group.

Mike and Wendy then tackle “Light as a feather, stiff as a board” and how it’s a game that’s been played since at least the 17th Century. In fact, the famed English diarist, Samuel Pepys talks about it, as a ritual performed to protect against the plague in London. And that’s not the first time that sacred rituals have been turned into children’s games…

So Bloody Mary has influenced pop culture in a big way as well. First of all, in a few not really good movies, except for Paranormal Activity 3, which Mike helped promote as part of his Madison Ghost Walks haunted history tour. Here’s Wendy with a t-shirt, along with one of the sound guys at our favorite bar, The Frequency. 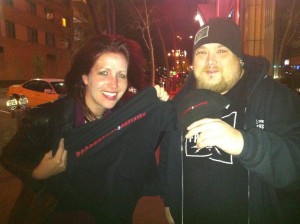 Then, Mike and Wendy talk South Park, Candyman, and Beetlejuice, as some more Bloody Mary influences on some of our favorite movies and TV!

Are you an angel,
are you a devil?
Or are you just a soul who got lost along the way?
A little game with the great unknown,
to play for what the future holds,
I’m frightened but I just can’t look away,
So Charlie Charlie can we play?

Charlie Charlie, Can You Play? Links

What is the #CharlieCharlieChallenge, and why do teens love it so much?

One thought on “41 – Charlie Charlie, Can You Play? Supernatural Party Games from Bloody Mary to The Candyman”