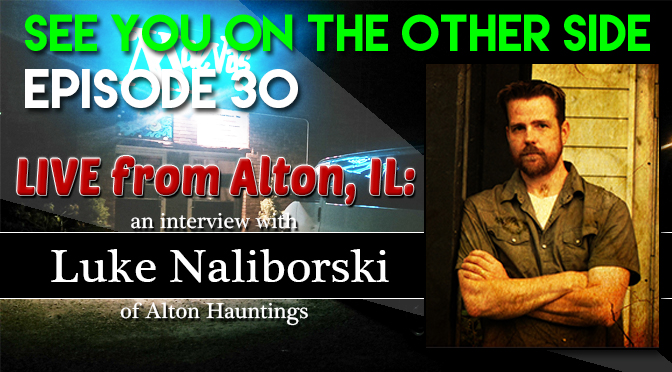 This episode is a See You On The Other Side first… a recording of a live event we did on location in Alton, Illinois, “one of the most haunted small towns in America”!

As an added bonus, it was a special day for us because our band Sunspot released our newest EP, El Chupacabra. The three songs in the EP were all inspired by episodes of “See You On The Other Side” and you can listen to them right here.

Our live event took place at Maeva’s Coffee, a delightful venue with some of the nicest baristas we have ever met (thank you Meredith and Tia!), delicious coffee, a warm atmosphere, and beautiful eclectic decor. If we lived in Alton, Maeva’s would surely be a place we’d hang out at regularly because it just had a good and welcoming vibe. Interestingly, the building in which the coffee shop resides is an old school house that was built in 1904. As such, it has its own folklore and tales of interest, which we discuss with our special guest, Luke Naliborski.

Luke is a tour guide for Alton Hauntings ghost tours and an author. He tells us about how he got into the whole paranormal investigation scene, and shares some fun stories about his encounters with the unknown during his tours and investigations in historically rich Alton: 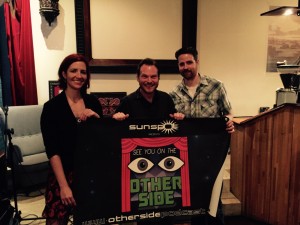 We truly enjoyed meeting and talking with Luke, and hope to return to Alton soon so we can actually take his Alton Hauntings tour!

The live performance we did featured the following Sunspot songs. Here are links to the recordings online for each of the songs:

6 thoughts on “30 – Live from Alton, IL: An Interview with Luke Naliborski of Alton Hauntings”